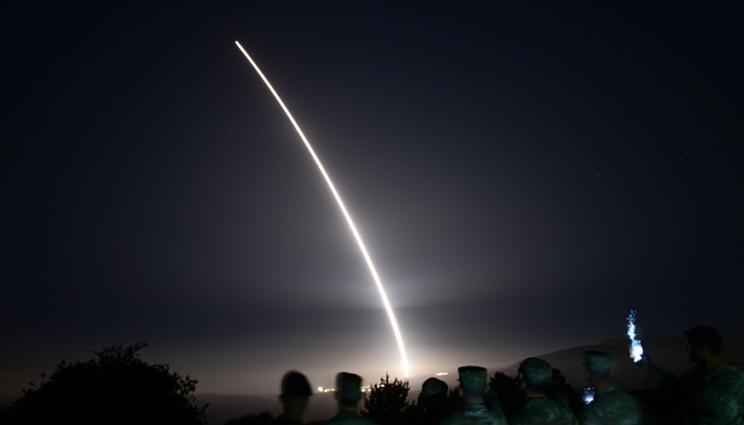 The purpose of the ICBM test launch program is to validate and verify the safety, security, effectiveness and readiness of the weapon system, according to Air Force Global Strike Command.

“This mission was the first time the team remotely commanded the LIDSS assets from across the world back at LLNL,” said Steve Jensen, LLNL flight test director. “By all accounts it was very successful, and we anticipate this becoming very much a standard part of operations going forward.”

Jensen said he is thankful for the team, which worked hard getting all the assets ready on time to support the mission downrange in the field, as well as at LLNL, to monitor and run the mission assets from Livermore.

“This was a daunting challenge, given that just four months ago we only had four mission-ready drones,” he said. “In all, the team flew six drones and all deployed and returned back to the island safely while capturing terminal event data, including an aerial image.”

Jensen praised the downrange team that deployed. “This mission would not have been possible without the sacrifice of four individuals who spent six weeks away from home to ensure the mission was a success — with four of those weeks being in quarantine as a result of COVID travel restrictions imposed by the Republic of the Marshall Islands government,” he said.

He also gave kudos to the analysis team for quickly supporting the mission in the middle of the night to meet the deliverable of a flash report in four hours.