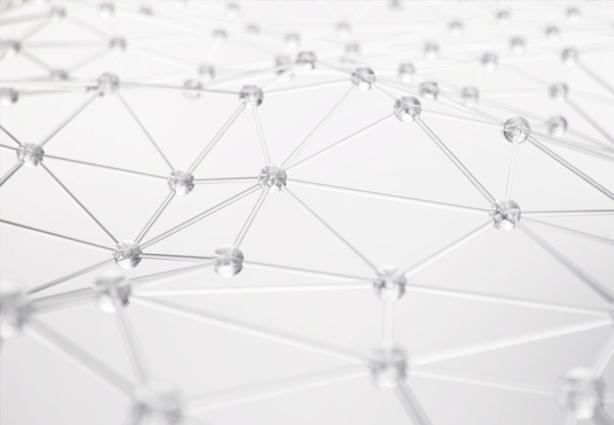 Since its establishment, Lawrence Livermore has played a critical role in designing components for the Nuclear Security Enterprise (NSE), and more recently, in developing additively manufactured polymer parts to replace aging weapons stockpile parts. Additive manufacturing (AM)—the layer-by-layer technique of printing 3D objects from a digital model—gained traction at Livermore in 2009 after a series of Laboratory Directed Research and Development investments led by Chris Spadaccini, division leader of Livermore’s Materials Engineering Division. (See S&TR, March 2012, Materials By Design.) “Advancing additive manufacturing requires multidisciplinary teams of engineers, physicists, chemists, computer scientists, and production-line experts, and the Laboratory was an ideal place to do that,” says Spadaccini. Even at an early stage of AM research and development, the potential for polymeric components in the weapons program, specifically in support of the W80-4 Life-Extension Program (LEP) and W87-1 Modification Program, generated enthusiasm across NSE. (See S&TR, January/February 2015, Next-Generation Manufacturing for the Stockpile.)

Livermore and the Kansas City National Security Campus (KCNSC), which has decades of experience as a production facility for the NSE and in meeting the extremely rigorous qualification standards for stockpile component production, recognized the potential for AM polymers and began to explore an improved, concurrent design and development process. “When the AM team first came to the weapons program, we could print a 2D silicone doily. Now, we can print complex parts with completely arbitrary shapes, and we’re integrating machine learning and high-performance computing. It’s remarkable how far additive manufacturing has evolved in such a short time,” says program leader and materials scientist Bob Maxwell. While there have been tremendous breakthroughs for polymer parts over the last decade, the overall design, production, and deployment process has been slow, taking years to design, produce, approve, and deliver a single viable part.

In 2019, the need to revamp the Livermore–KCNSC partnership became apparent, and a vision for a Polymer Production Enclave came into focus. “After looking at how many 3D-printing machines we would need to create stockpile components for the LEPs, we realized we had to change the way we collaborate and that led to the current Polymer Production Enclave,” says Maxwell. The previous design and production process entailed Livermore’s weapons designers conceptualizing and prototyping components and then sending their blueprints to the production team in Kansas City, Missouri. To simultaneously advance design and production capabilities and reduce timescales and costs, Lawrence Livermore and KCNSC embarked on a more fully integrated model that features a newly constructed, state-of-the-art polymer design and production facility at the Laboratory—and something of a historical return to the time when physicists would walk the floors of a production facility to see their prototypes realized in a production setting.

In September 2020, former Laboratory Director William Goldstein, current Laboratory Director Kim Budil, former National Nuclear Security Administration Administrator Lisa E. Gordon-Hagerty, and Livermore Field Office manager Pete Rodrik dedicated a new Applied Materials Engineering campus at the Livermore site, which features the new Polymer Production Enclave. (See S&TR, January 2021, Fusion Supports the Stockpile.) The Laboratory’s Weapons and Complex Integration Principal Directorate’s Infrastructure and Operations team constructed and outfitted the new facility in a little over one year during the COVID-19 pandemic. To launch the Polymer Production Enclave, KCNSC worked closely with Livermore to specify and procure identical machines, tools, and other production equipment to be housed at both the Livermore and Kansas City sites so that both partners can access the same resources in parallel. The Livermore facility now hosts 10 additive manufacturing machines, while there will ultimately be 15 or more in Kansas City. The Livermore facility also features a materials-mixing laboratory, a post-manufacturing evaluation space, and offices and conference rooms for real-time exchanges with KCNSC and other stakeholders. Now, the collaborators can simultaneously complete multiple production phases—such as ink processing, printing, materials characterization, and quality control—and immediately incorporate their findings into upcoming rounds of development and testing. “This approach allows both sites to view the design and production processes through the other’s lens. We’re learning more about the considerations and challenges facing the designers, and the designers are becoming more familiar with the production challenges we face. We’re already seeing the benefits of partnering closely, sharing information seamlessly, and leveraging expertise from both sites,” says Jessica Bailey, leader of the KCNSC team. Maxwell adds, “We’re having more detailed dialogues. We’re coming up to speed on production process realities so we can anticipate what roadblocks new concepts might run into on the production floor. We’re joining forces as early as possible to co-develop new technologies and accelerate production. Instead of designing, producing, and deploying a part in eight years, we hope to do so in four.” Dan Bowen, chief scientist at KCNSC, says, “At its heart, the Polymer Production Enclave isn’t just a building; it is an extremely close, transparent collaboration that increases our agility and ability to significantly improve development time.”

The most common method for producing polymer AM components is direct ink writing (DIW), which involves extruding a silicone resin ink through a nozzle onto a substrate creating a series of intricate lattice structures. The substrate or mandrel moves during the extrusion process following a digital design dictating its path. “Working with DIW is challenging. You can always design the ideal part, but you plug that design into a computer, push the button, and you might end up with spaghetti instead of a nice, cohesive 3D part,” says Tom Wilson, polymer scientist in Livermore’s Materials Science Division.

The Polymer Production Enclave team has already realized several important early wins, including the ability to tailor an ink’s response to different loading conditions and move from isotropic legacy foams, which exhibit the same properties, such as stiffness or porosity, in all directions to more dynamically responsive foams. “Typically, these parts were springy in one direction like a shoe insert, but these component materials experience multidimensional stresses, not just up or down, but also side-to-side with a lot of shear forces, so we have to account for that. Now, we can design to accommodate multidimensional stress and strain for different components,” says Maxwell. 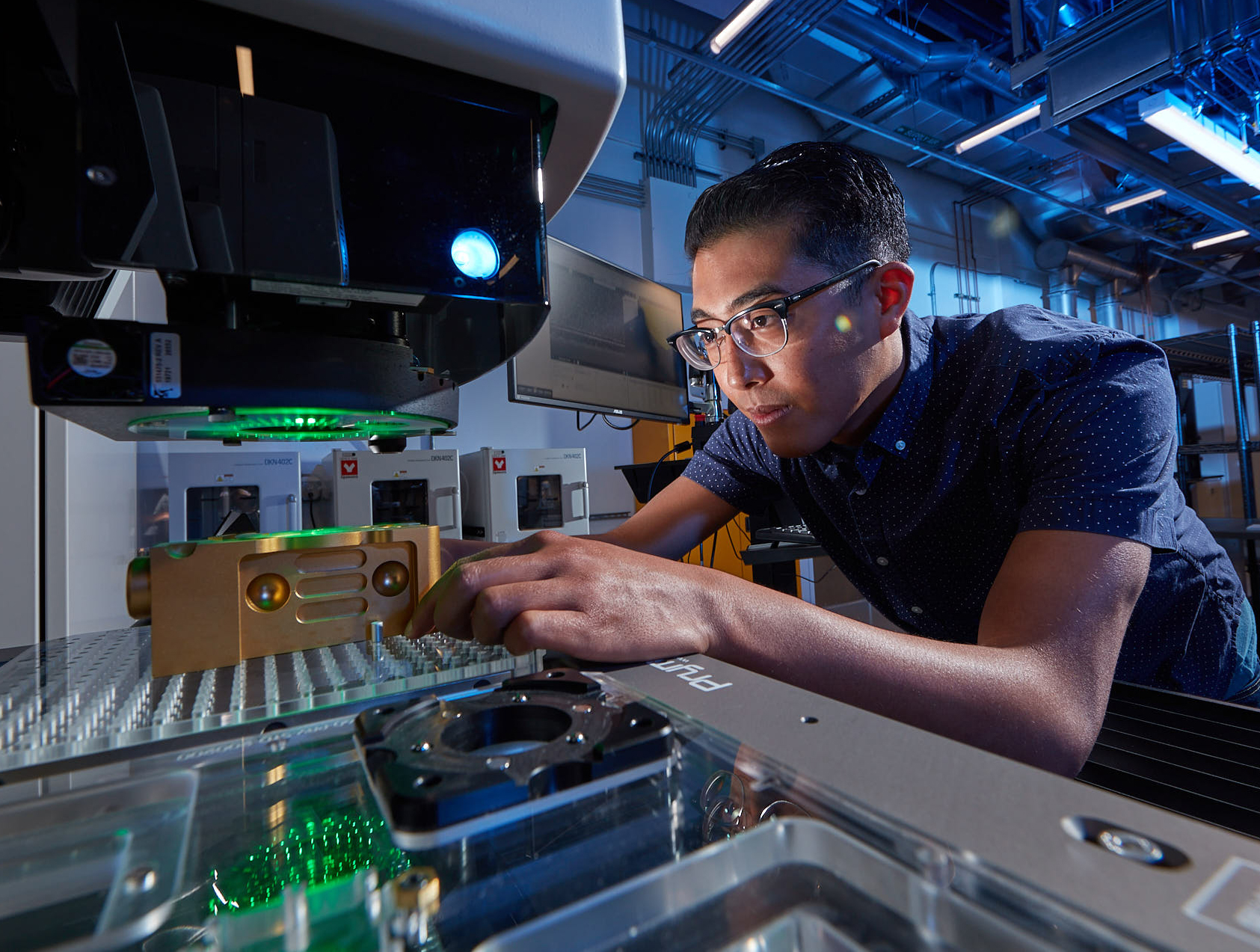 The polymer team has also developed customized methodologies to correct the tool path of printing components. For such complex parts, the polymer team needs the printing nozzle to align within tens of micrometers—thinner than a strand of human hair—of the substrate, but typical machining for substrates might be plus or minus 50 micrometers—the thickness of a sheet of paper. By collecting optical and interferometric measurements of the substrate’s geometry relative to the ideal location of the substrate and applying the machine’s inverse kinematics (the reverse-engineered calculations used to determine the desired endpoint of a series of robotic movements), the researchers kept the substrate and nozzle precisely aligned, ensuring the target architecture was produced. Combined with the kinematic mandrel mount, the team’s calculations also reduce the time needed to reset the machines after printing each part. The polymer team has also invented a 3D-printing platform with enhanced movement along both linear and rotational axes. “We’re now able to 3D print onto 3D objects with spatial registration of composition and structure of the part with respect to the substrate,” says Livermore materials scientist Eric Duoss. 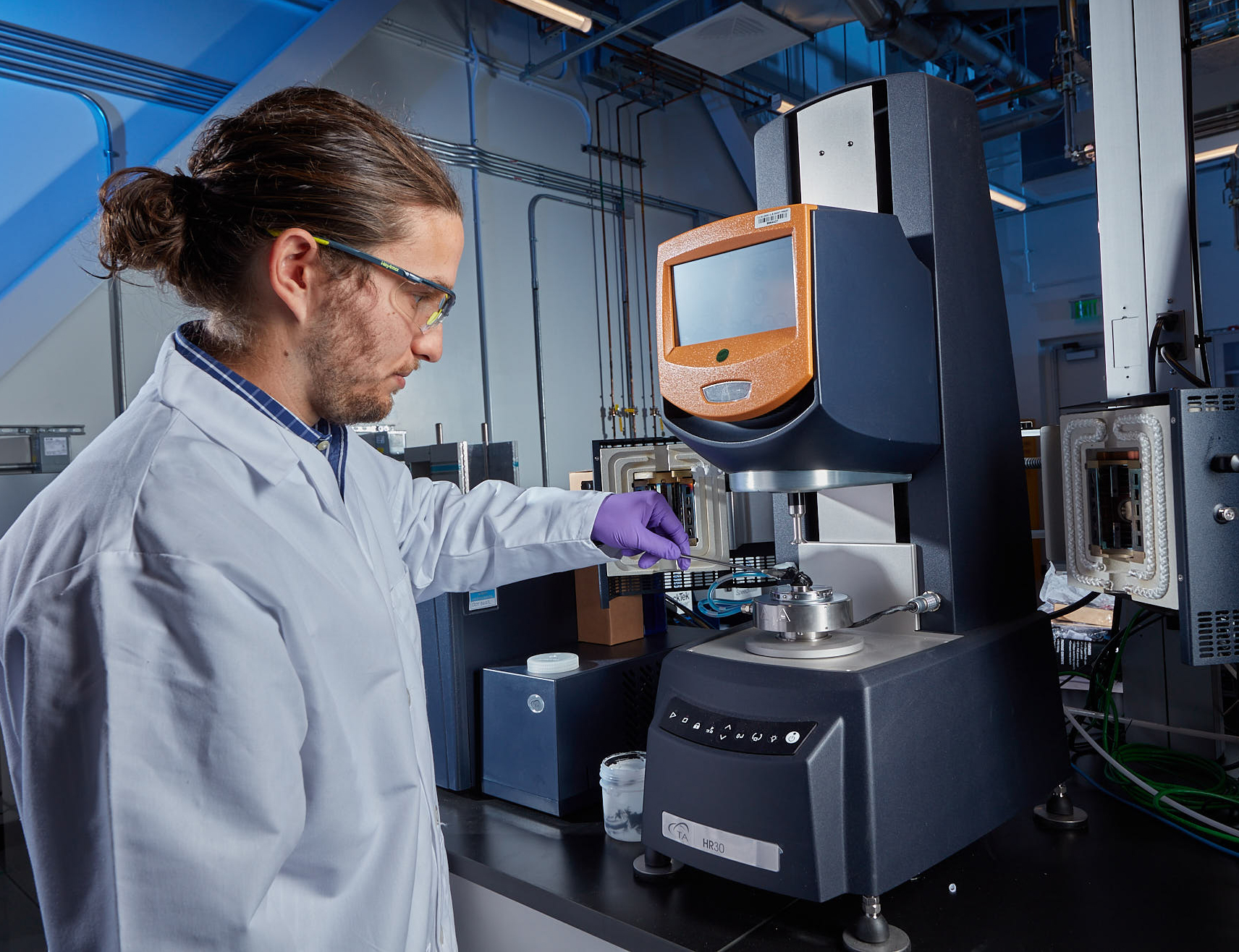 Livermore staff scientist and formulation chemist Jeremy Armas uses a rheometer—an instrument that characterizes the flow of a substance in response to forces—on a silicone ink formulation to ensure its suitability for direct-ink-write applications used at the Polymer Production Enclave.

Once a part has been printed, researchers must examine it in a noninvasive manner for potential flaws that might compromise its integrity. Chuck Divin, a nondestructive evaluation (NDE) engineer at Livermore, has led a team of engineers and scientists at the Polymer Production Enclave in developing new NDE methods of inspection that allow researchers to determine the as-built structure and composition of a part with greater precision and accuracy, reducing uncertainties to less than 0.2 percent without disassembling a part. KCNSC and Livermore worked together to modify the NDE system to be more practical, robust, and user-friendly, ensuring that technicians can reliably evaluate parts.

Created to enhance and expand capacity, the Polymer Production Enclave has also attracted next-generation engineers and materials scientists. Toward the end of his undergraduate studies, Dominique Villacarte, characterization engineer for the polymer AM team, started to research his career options and began at the Laboratory in March 2020 as a chemistry and materials science technologist for the Laboratory’s Ceramics and Polymers Engineering and Plastics group. “Being able to help our country through the Laboratory’s mission appealed to me. I love working in a team setting and learning from my colleagues at the enclave is great. We all come from different educational backgrounds, learn from each other, and complement our different strengths. Our team works hard, and we continually strive to make our processes the best they can be,” says Villacarte. “The younger members of the team are motivated to work for the National Security Enterprise and recognize the benefits to the mission. Engaging this new generation of materials scientists and engineers who possess cutting-edge skills and knowledge is a boon to how we approach and solve these challenges,” says Wilson. Duoss adds, “The Enclave is so important to rethinking design and production. We are seeing our technologies deployed in a dynamic, accelerated way and the key to that is collaboration.” 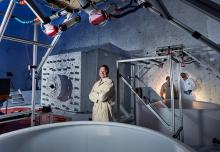 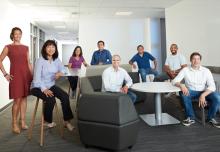