Spheral is a modeling tool aimed at the development of novel meshless numerical modeling techniques, particularly focused on hydrodynamics, strength, and damage modeling. Spheral currently incorporates fluid and solid modeling via SPH (Smoothed Particle Hydrodynamics) and ASPH (Adaptive Smoothed Particle Hydrodynamics). We also provide gravitation (both self-gravity though N-body techniques as well as the imposition of arbitrary external forces) and damage modeling in solids via a stochastic Grady-Kipp technique.

Spheral is open source and extensible either through C++ or Python. The Python interface allows problem specific physics and algorithms to be added on the fly as required for any particular application. Spheral is available on GitHub. 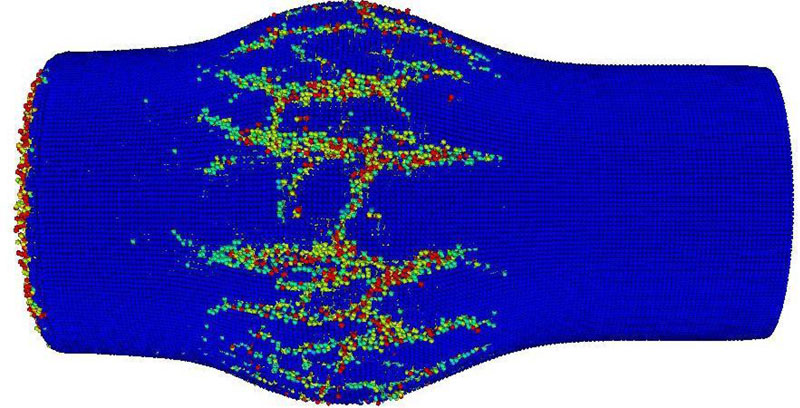 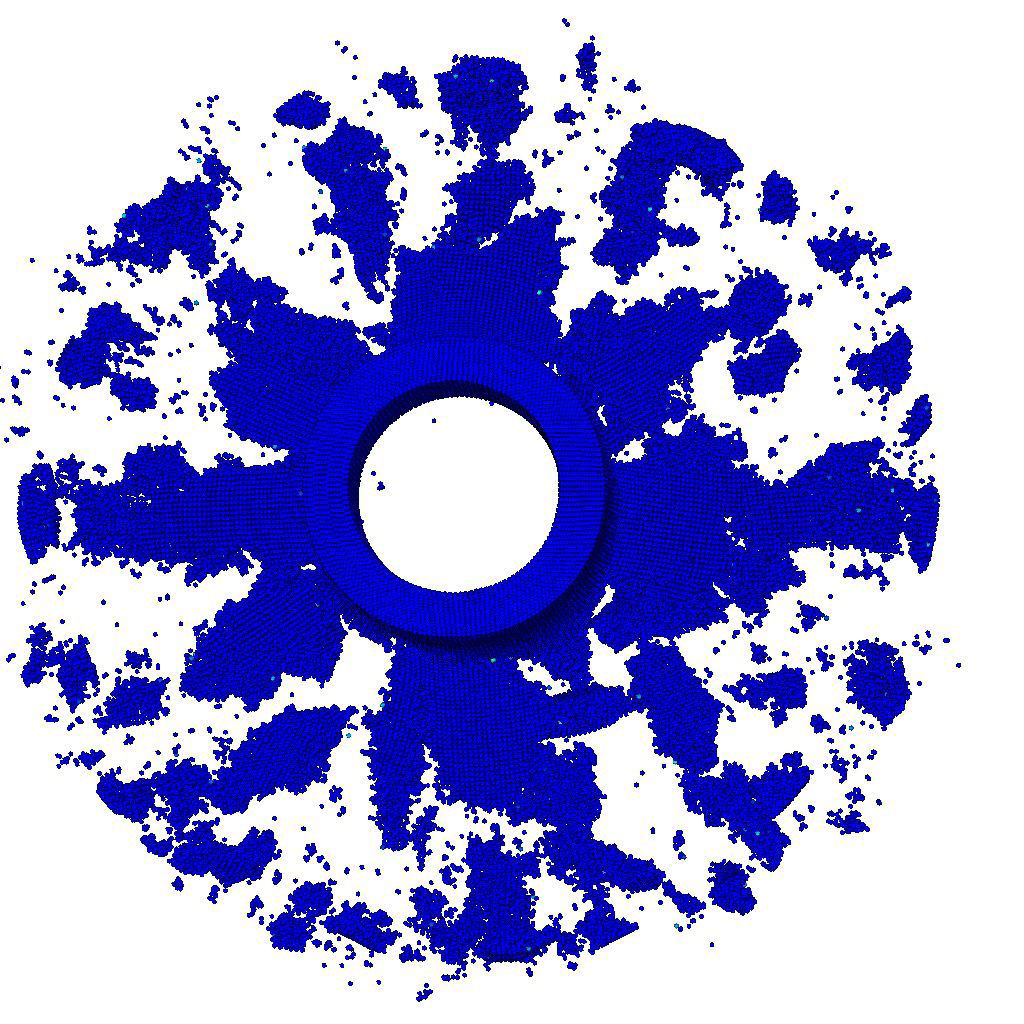 These figures show model comparisons to experiment for the gas-gun-driven expansion and rupture of a steel tube. The first two figures compare the experimental photograph to the modeled damage at 35 microseconds, while the last figure shows the rupture of the tube at late time. Click on any of the images to see a larger version.

This movie shows the time evolution of the damage (in black) and velocity (blue to red) of a model of the formation of 10 kilometer wide crater on the Martian moon Phobos. This is one scenario for how the massive crater Stickney could have formed, with a 200 meter object impacting at 8 km/sec into the 20 km wide moon. The colored material is moving fast enough to evacuate the forming crater, and the red is moving quickly enough to entirely escape Phobos. The dark black damaged material shows how fractures from such an impact break up the moon into distinct pieces, which remain as part of the now fractured main body.