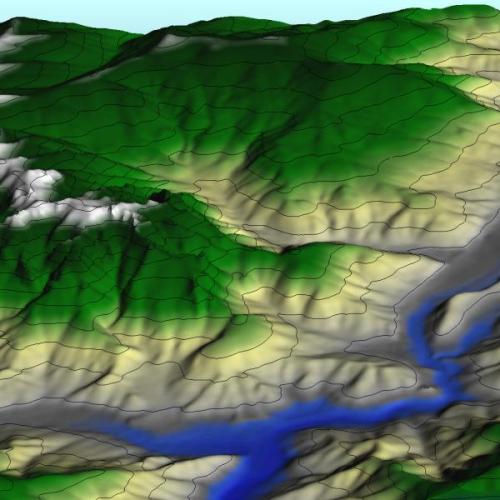 VisIt can read several file formats common in the field of Geographic Information Systems (GIS), allowing you to plot raster data such as terrain data in your visualizations. The featured image shows a plot of a DEM dataset containing mountainous areas near Dunsmuir, CA. Elevation lines are added to the plot to help delineate changes in elevation.

The DEM dataset used to create the featured image was obtained from the USGS.